May's Fimbulvetr is upon us. The recent spells of rain and outbreaks of fire aren't our fault...probably.

Aidan Baker & Thisquietarmy, "A Picture of a Picture" CD

Aidan Baker is a musician and writer from Toronto, Canada. Classically trained in flute, he is self-taught on guitar, drums, and various other instruments. Baker has released numerous CDs on independent labels from around the world and is also the author of three books of poetry. As a solo artist, Baker explores the deconstructive sonic possibilities of the electric guitar as a primary sound source, creating music that ranges from experimental/ambient to post-rock to contemporary classical. In addition to his solo work, Baker performs with the trios ARC and Whisper Room and the duo Nadja.

Eric Quach is a Montreal-based guitarist and sound engineer who is also a founding member of the instrumental rock band Destroyalldreamers. As Thisquietarmy, a one-man solo drone/ambient project, Quach composes visual guitar-based soundscapes and experimental music that goes beyond the typical song structure. Thisquietarmy performs live regularly throughout Canada and the USA, and has played with Ulrich Schnauss, Olafur Arnalds, Tim Hecker, Troum, Nadja & Caspian just to name a few.

Their first studio collaboration was the Orange EP which came out as a limited edition of 200 orange CDRs on thisquietarmy's own imprint. The tracks were recorded separately from their home, sent back and forth via postmail for months, and finally mixed and edited by Eric Quach. The release was quickly sold out, much to the dismay of the largely reputed Aquarius Records store who kept asking for more after having sold a large part of the run in a very short matter of time.

For their first full-length album, Baker & Quach have decided to do things differently by setting a simple rule beforehand: the record was to be played and recorded live together, adding a very minimal amount of overdubs if not any. The recording session took place in the fall of 2007, in Quach's own home studio TQA-HQ in Montreal. Because of their very busy schedule, it took about a year before the two artists decided to get together to work on these tracks again. This time, Baker finalized the mixes in his home studio, resulting again in four long movements, clocking at around an hour's length. Instead of the overall terror-ambient feel of their first collaboration, the first two tracks actually find both guitarists exploring the brighter side of their spectrum, evoking the hope and the beauty represented in Christy Romanick's photographs that were again used for the artwork, in conjunction with Quach's sketches.

Perhaps it was just a lovely sunny day when the recording took place. However, the sounds shift around darker tones in the second half, reaching as much of a party groove that ambient could ever reach, to end in a much somber mood evoking late-night exhaustion migraines and disturbed sleeps.

"November 21, 22, 23: Boston, The Regent Theatre. This year plays host to old friends, local heroes, and a special day honoring 15 years of KRANKY! Tickets are once again $75 for the entire weekend and they're now available at the Brainwashed Commerce page. See brainwavesfest.org for details on travel, accommodations, and other stuff.

Please go!! This is a weekend not to be missed!!

today is the release for the new windy & carl album 'songs for the broken hearted'! this is truly a beautiful album - a must!! the gracious windy & carl asked me for help with the artwork. dreams do come true. always a huge thank you and hugs to them.
you can order their cd and/or 2xLP through them at stormy records.

mrs.vee recordings champions intelligent rock, drone, ambient and electronica in the way it should be - giving serious air time for deserving musicians who know exactly what they are doing but keep pushing their talents with the kind of experimentation that's so often a rarity these days.

We believe that great music simply deserves to be heard and so most mrs.vee recordings releases are available to download for free; but knowing that music fans are also collectors we produce limited run special editions of many releases both as CD-R productions with unique artwork and in ultra collectable vinyl pressings delivering the very best audio qualities.

One of our current highlights is the Unite EP - a taster of the The Resonance Association's second album "We Still have The Stars" which is due this autumn. Combining progressive rock, electronics, krautrock and a skewed pop sensibilty, the Unite EP features tracks from throughout the band's short career and offers an insight into their forthcoming release (which will also be released for free!)

LIGHT UNDER WATER is a Moscow-based collaborative project by guitarists Dima T. Pilot and A.B. (both are the core members of BOSCH'S WITH YOU) and keyboardist Nick Zavriev (of AMBIDEXTROUS). Since 2006, the trio (or sometimes LUW appears as a guitar-duo) has been exploring areas of melodic electro-acoustic ambient, emotive organic drone, sonic minimalism, and eschatological psychodelia. By building and layering substantial resonant abstractions, LUW’s delusive imagery transcends the reality in a truly beautiful and unpredictable way. 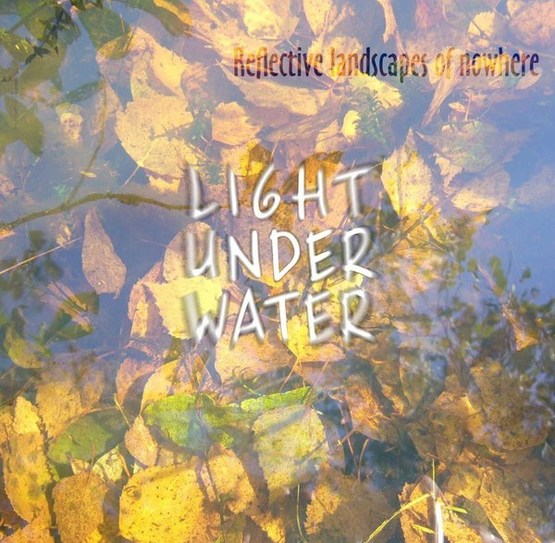